An Attila József Award-winning writer and photographer, he has lived in Budapest since 1984, and also in Yogyakarta (Java, Indonesia) since 2014. He is a member of the Széchenyi Academy of Literature and Arts. His books of short stories and novels have been published by the Attila József Circle and Magvető publishing house. To date, three albums of his photographic work have been published (2010, 2016, 2018). In addition to various literature awards and scholarships, he has received the Pécsi József Grant several times. He was presented with the Knight’s Cross of the Order of Merit of the Hungarian Republic in 2006, and with the Laurel Wreath of Hungary in 2018. His works have been displayed at several solo exhibitions in Budapest, as well as in Frankfurt, Warsaw, Miercurea Ciuc and Târgu Mureș.

Man Looking Down at the Ocean (Krakal, Java) 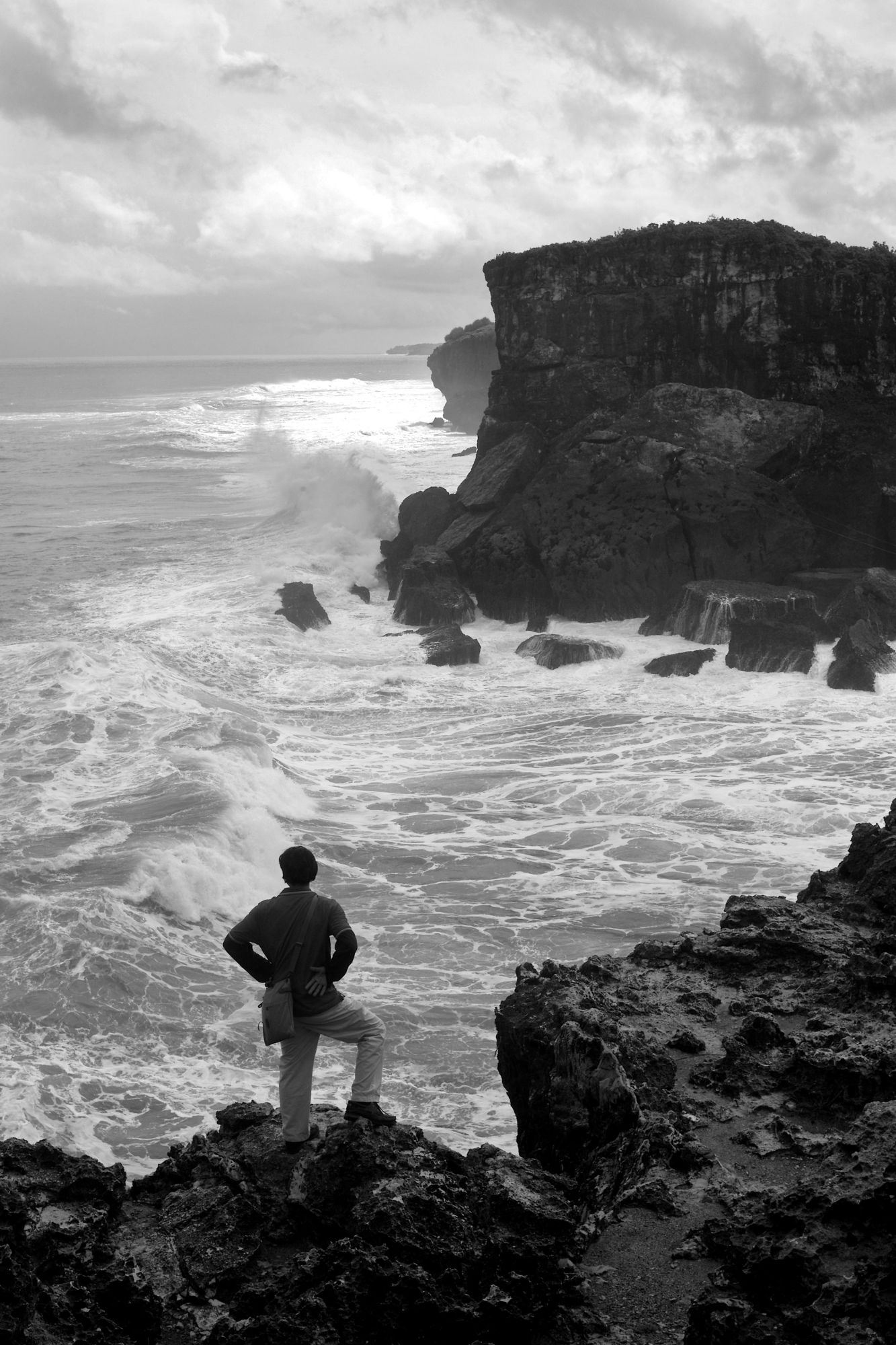